FrieslandCampina understands that migrating and hosting a complex and mission-critical environment like Oracle Hyperion EPM requires work by a specialist. They therefore did not make an open call to the market, but instead approached inlumi directly. “Reliability was the most important requirement we had. With inlumi we don’t have a customer-supplier relationship, but a partnership. We trusted them to be able to do this.”

Ultimately, inlumi was hired to migrate the Oracle EPM suite from an internal System 9 environment to a fully outsourced 11.1.2.1 environment.

Making the choice for inlumi

Viktor Nikulin, Manager Finance Systems, was Project Manager for the migration of Hyperion EPM 9 to version 11.1.2.1. He explained: “Our old environment was written off and had to be replaced. Until that time, the environment ran in our own datacenter. Because we needed more specialist support, we wanted the hosting of the environment outsourced to a party for which EPM Hosting was their core business. Oracle Hyperion EPM is a niche product, but a very important part of our financial environment. It’s therefore essential to minimise risk.”

There was no lengthy selection process required before FrieslandCampina chose inlumi as their specialist. Gerard Bartley, Head of Finance Systems at FrieslandCampina, said: “We already had a good relationship with inlumi; they had already proven themselves in previous projects. We also had a reference visit with Ahold. They were very satisfied with both the migration process and the hosting.”

Replacing an old environment which had been written off

Minimising risk and finding the most reliable solution

The first contact for this project was in February 2013, when FrieslandCampina knew they wanted to migrate but still had doubts about which version of Oracle Hyperion EPM 11 was best for them. “Broadly speaking, different versions of course do the same thing, but success is in the details. inlumi helped us with that choice. We have gone for the solution that would be the most reliable for us, not necessarily for the latest version.”

Although the choice for inlumi was made quickly, it took a while before a contract was signed. “We have put a lot of time into establishing the contract,” recalls Gerard. “It covers all possible eventualities. We wanted to address all aspects; not because we do not trust inlumi, but because we find that once we have laid it all out in black and white, we know exactly who does what if something goes wrong and we’re not forced to improvise at such a crucial time.”

Another important aspect of the project was to select the right people. FrieslandCampina was involved in the choice of the inlumi staff who would work on the project.

There was detailed planning for the various components of the project, considering at what stage the greatest risks would arise. Although some of these risks became issues, there has never been a moment of stress thanks to the planning, attests Viktor. Essential to this success was the fact that inlumi carried out the first build of the environment at their offices in Utrecht and the first data migration before moving the environment to the datacenter in Amsterdam.

“The migration of data in such a process is always the most exciting part. The process ran completely according to plan because we did this in the isolated environment at the inlumi office where the right people are available at any time of the day. This approach was significantly more efficient than if the staff had had to travel continuously back and forth to Amsterdam to resolve any issues.”

Once moved to the datacenter in Amsterdam, the system was tested extensively, ensuring that the data in the new system corresponded one-to-one to the data in the old system and that all functionalities operated as expected. We then gave a small group of pilot testers the opportunity to use the new version of EPM in practice. “The feedback we got from them – where relevant – was used to make some minor adjustments. This process also served as input for the user training,” said Viktor.

The system was scheduled to go live in December, but inlumi was ready as early as September and the new environment was managed as if it were already in production. By doing this, the last minor imperfections could still be filtered out before the business went live in December. The actual launch therefore ran smoothly without any issues.

This was partly due to the proper user training: “More than 300 people were trained worldwide, primarily through WebEx. We initially chose to migrate without using any additional features of the new version of EPM. Changes for the users were limited to a button in a different place or different name for a particular function. We decided to add new features only once all users were accustomed to this. That way we kept it manageable.”

More than 300 users were trained worldwide through WebEx

All issues in the system are promptly resolved by inlumi staff

At the time of the interview, the new environment had been running in Production for three months in inlumi datacenter. Gertjan Kardol, the successor of Viktor as Manager Finance Systems, has little to complain about. “inlumi responds quickly to questions and requests; all issues are resolved within the SLA. I can’t recall any problems because we hardly have any. When we do have an incident, it is nice that there is a good contract in place that outlines who will take responsibility.” Although a contract is not everything. “A contract can catch you when you fall, but you obviously do not want to fall. It is ultimately having the right skills available that prevents you from falling.

“Those skills are available at inlumi,” says Gertjan. And on a personal level there is a definite “click” with inlumi. “We work well together. It is professional, relaxed and calm. There is simply no stress. That’s because we have full confidence that should a problem arise, it will be solved in time. That’s a nice feeling when you are hosting a business-critical environment like Oracle Hyperion EPM.” 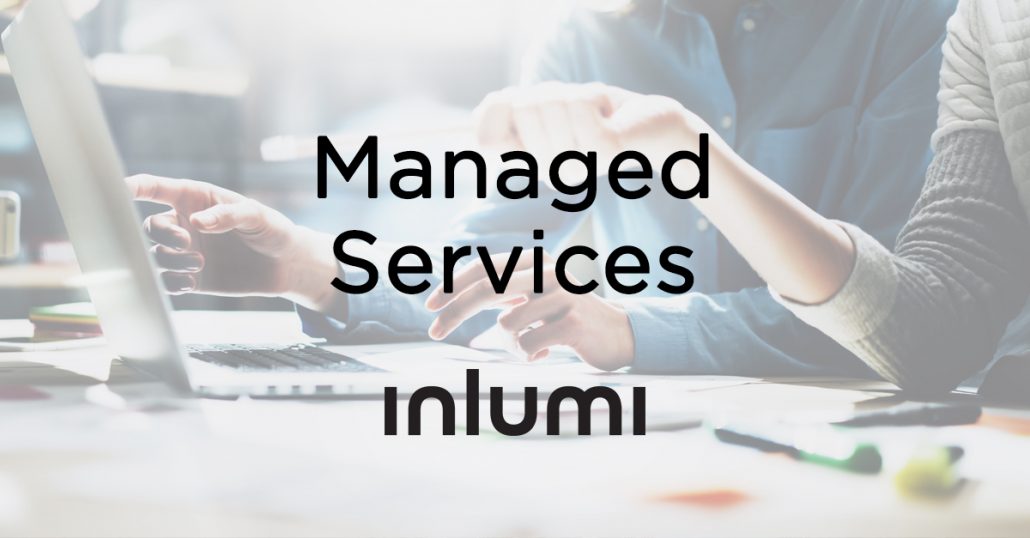 inlumi's Managed Services support the complete EPM layer and supporting tools, while remaining up to date with the latest technological developments. Our services are delivered by a dedicated team of specialists many of whom have over a decade of experience in this arena serving clients all over the world.
END_OF_DOCUMENT_TOKEN_TO_BE_REPLACED
https://www.inlumi.com/wp-content/uploads/managed-services.jpg 627 1200 Kaitlin https://inlumi.com/wp-content/uploads/2017/10/logo-inlumi-site.png Kaitlin2017-09-28 15:08:252019-08-20 10:52:11Managed Services
Customer Story: RiksTV Customer Story: Norwegian Nurses Organisation
Scroll to top